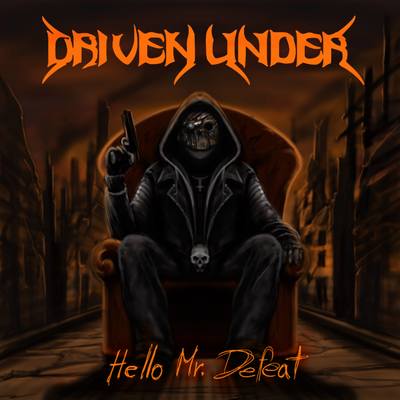 Rock, Schaffhausen – The leading metal band Driven Under from Schaffhausen joined the arena of the Swiss rock and metal scene in 2009 and has successfully fought his... Read Biography

The leading metal band Driven Under from Schaffhausen joined the arena of the Swiss rock and metal scene in 2009 and has successfully fought his way up to the top ever since.

After several changes of band members that resulted in today’s band name as well as in their mix of music styles, the quartet consisting of Patric Bouffé (vocals), Steven Hohl (guitar), Dani Gebert (bass) and Fabian Koch (drums) rock the stage together since the beginning of 2016.

In summer 2014, the first EP “Hands in Chains” including six songs got published and even gained a quite positive response in the German music magazine “Metal Hammer”. Thus, the first round was a hit.

More positive feedback from international metal radio stations and magazines from southern America, the USA and Great Britain have given the opportunities to support various artists as pre-band, such as “Pentagram” (USA), “Atreyu” (USA), “Killing Joke” (GB) and “Eluveitie” (CH) and heat up their audience in Switzerland.

So the only logical consequence of such a successful EP was a proper album and new songs. Their first album “Face to Face” first saw the spot light in August 2016. Hard riffs, dynamic beats and song texts about problems of nowadays life as well as a stage show with diverse performances thrill the crowds and encourages them to headbang and party.

Only a few days after the official release of the album “Face to Face”, it appeared on illegal platforms, for example, in China, the USA, Russia and Italy where it enjoyed great popularity.

Still in august 2016, Driven Under received a request from Russia for a headliner club tour. After a long and intense planning, we toured through Russia for 18 days in April 2017. And after 15 shows and 7,205 km (!) through western Russia in a tiny tour bus, Driven Under came back with lots of new experiences, memories, fans and ideas for songs.

At the moment, Driven Under is working on their second album and further success on their way to the very top. Because champions need to work hard to defend their throne.