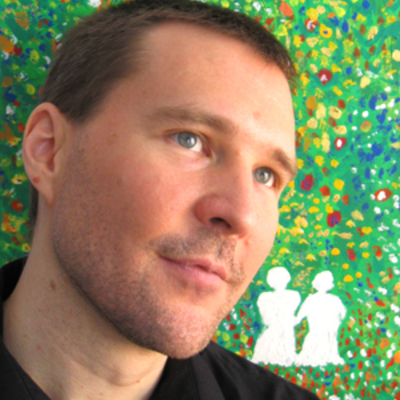 Chanson, Zürich – Intended Immigration, known for its ability to cross borders, decades and genres while blending modern electronica with influences from across the... Read Biography

Intended Immigration, known for its ability to cross borders, decades and genres while blending modern electronica with influences from across the world, is on the move again.

On its newest release from Wooden Hat Records, Una Cartina, the multicultural assemblage of musicians presents its passport for visits to Argentine tango palaces on the title track, "Tangodeur," and "Tout Tourne" (featuring French-Moroccan vocalist Fatiha Hammou); Brazilian beaches on the fluty "Promenade A La Mer,"; and speaks the international language of love on the haunting "Is That What You Need" (featuring the vocals of Chinese-Swiss-American-French Verena Wiesendanger), the trippy "Gekoepfte Utopien," ("Beheaded Utopias"), co-authored by German/Turkish poet/novelist/DJ Gülbahar Kültür, and the sophisticated "Noctambule."

The creative force behind Intended Immigration is Swiss-born musician and producer Thomas Feurer, who has also contributed to neo-retro remixes on albums by his all-time heroes Herb Alpert and Quincy Jones. Thomas honed his majors and minors at the American School of Modern Music in Paris and the Berklee College of Music in Boston, and also studied law at the University of Zurich. He currently lives in the New York metropolitan area. He is fluent in English, German, French and Schwiizerduetsch, and has been rumored to yodel when enjoying fondue.

Music by Intended Immigration has appeared on compilations in Europe and Japan; in U.S. TV shows including The Newsroom (HBO), Black Box (ABC), Ugly Betty (ABC), Better Off Ted (ABC), Love Bites (NBC); in the film Every Day (with Helen Hunt and Liev Schreiber); and in advertisements by Suave, Chobani and Macy’s.

Registered since over 9 years
Last login on 26 January 2016