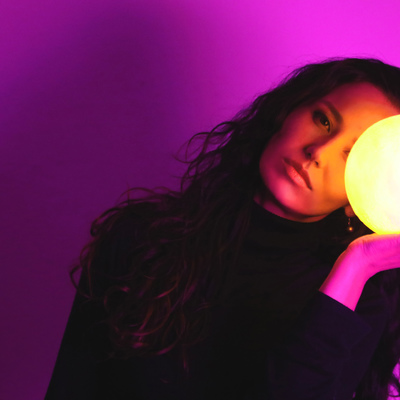 Neon Soul, Bern – Driven by the song in her heart, pop-soul artist Meira Loom, the daughter of a Chinese programmer and Swiss farmer, spent numerous hours in her... Read Biography

Driven by the song in her heart, pop-soul artist Meira Loom, the daughter of a Chinese programmer and Swiss farmer, spent numerous hours in her backyard jumping over hurdles while building up an unstoppable determination to reach for the stars. Then, the cosmos aligned when she got the opportunity to perform with Bobby McFerrin. The singer/pianist/composer has spread her colorful wings and performed at numerous festivals and clubs throughout Europe (Jazz Festival Montreux, Reeperbahnfestival Hamburg, Jazzhouse Copenhagen, Bierhübeli Bern, Mühle Hunziken). After receiving radio airplay for her solo debut album Letting Go (2020), Meira Loom is eager to rise to new musical horizons.

With her versatile voice, Meira Loom pursues the universal wisdom of life in her music. Mesmerized as a kid by the sound of Whitney Houston and the soul of Aretha Franklin, Meira Loom began her musical journey studying music in Lucerne (Switzerland) and Copenhagen (Denmark). Performing in various bands and musical genres, she grew to take inspiration from Lianne La Havas, Sophie Hunger, and Jamie Cullum. Carried by earthy beats, airy guitar, and flowing keys, Meira Loom’s signature sound is rooted in Neon Soul.

Rising with the moon, Meira Loom peacefully and confidently enters the next cycle with her full band. In the summer heat of Apulia, Meira Loom and the band laid the foundation for her new album among the cacti and olive trees. Meira Loom tenderly breathes infinite love at the sight of her sleeping daughter in „Crescent Moons.“ The pop-soul artist and daughter are two crescent moons dancing and dreaming through the universe with ease and childlike wonder. In the French Song „Danseur De Lune“, she sets out on a nocturnal quest for beauty and passion. With a full album set to release in Spring 2023, Meira Loom embarks on a journey of a strong woman who has blossomed into the colorful lightness of a butterfly.

Registered since about 2 years
Last login on 14 July 2022