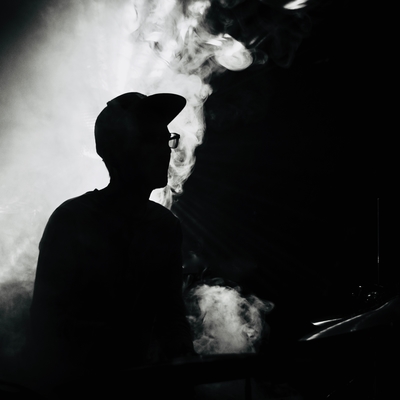 While officiating as a drummer for various swiss indie bands (The Lugubrious, Faux Tales), numeral has developed his own production methods and sound aesthetic throughout the years. In his personal work prevail sometimes dark atmospheres, sometimes luminous melodies. An inclination to distort, disassemble, modify sounds with great attention to details: this is what gives numeral's apocalyptic sound its full magnitude.

Influenced by a great variety of artists, ranging from the concrete music of composers such as Pierre Schaeffer and Edgard Varèse to contemporary IDM and downtempo artists in the like of Jon Hopkins, Rival Consoles or even Four Tet, numeral has carefully worked on his productions for his debut ep “numeral” (2020, Irascible Music).

Following the single release "Landing" (2021, Irascible Music), which resulted from a collaboration with Bristol-based producer Will Brown aka Brecon, numeral has teamed up with Swiss electronic label "Blizzard Audio Club" to produce his second ep release, scheduled for early summer 2022.