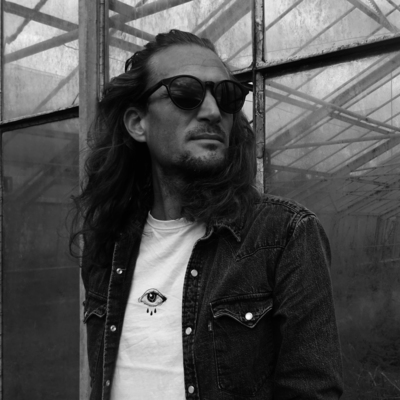 Lo-Fi Solo-Orchestra, Luzern – The first singles and a brand new album are due in 2023. P for Pepsine is a lo-fi solo-orchestra based in Lucerne, Switzerland. Repetition is not... Read Biography

The first singles and a brand new album are due in 2023. P for Pepsine is a lo-fi solo-orchestra based in Lucerne, Switzerland. Repetition is not one of Pepsine's strengths. But all the more the consistency of his own productions. From the first song sketch over the recordings to the artwork and video clip: Pepsine literally lives the DIY concept. The distinctive vocals, the typical songwriting and guitar playing as well as a certain nonchalance characterize the songs especially. And of course the combination of analogue instruments and digital gimmicks. With Pepsine you never know exactly what you'll get: catchy singer-songwriter pearls or rather dark, introverted, electronic songs that only reveal their full beauty after several runs. But a constancy remains: Pepsine always stages and celebrates a very special mood in his songs and thus delivers a special listening experience. His productions are mostly created in his home studio or in combination variations at different locations. And this is reflected in a certain intimacy in his songs which cannot be overheard. This is exactly how pop music with an individual character is created.
Press reviews such as "...New and well from Switzerland...brings us another fine solo artist..." (SRF3, Swiss radio station), "...Why this young man doesn’t belong to the very great songwriters of our country may be a mystery...magnificent from the city of lights ..." (Trespass, online-music platform, Zürich), "...what an intensity in songs like "Beyond the flow", "Frozen fragments" or "Apathetic" spreads!...wonderful, quite wonderful..." (Kulturmagazin Luzern) or "...the Lucerner is recognizable, not only because of his voice, but also because of his extraordinary talent..." (Bewegungsmelder, trend magazine, Zürich), "...the solo effort deserves respect..." (Neue Luzerner Zeitung), made the rounds in the press after the three publications (2009, 2015, 2020).

Registered since about 15 years
Last login on 23 January 2023