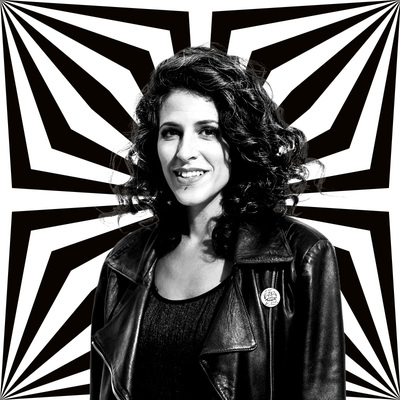 All of this resonates in the huge scope of Rislane El Harat's voice. The Swiss-Moroccan, born in Geneva in 1988, is currently beginning a new chapter of her musical autobiography with what is her first own band: Rislane and the Lovers.

Rislane has been singing since the age of 12 when she first joined her school band. Since then she's been featured on Swiss TV shows where she got to share the stage with jazz greats such as Fredy Studer or Nicole Johänntgen. Singing for Princess Cruises Ltd. she travelled through Asia and Australia. As lead singer for the UK/French band The Dustaphonics she's toured Europe, as with the Gainsbarre Bande and as a member of the musical collective Soulmaniacs. Rislane was featured in several stage musical productions, such as the "Tribute to The Beatles - The White Album" at the Theater Rigiblick in Zurich which won the Swiss Entertainment Award Prix Walo in 2018.

And now it's time for Rislane and the Lovers. "How Can I Succeed" is the first single release from the debut album "Newland" (release date set for early 2021). Sit up and listen to velvety 1970s soul flow seamlessly into current pop aesthetics. 1960s guitar sounds lead into a wonderful refrain: "In the morning with the rising sun / I'll have set my sails and be gone." In the song Rislane wrote with her bandmate Philippe Häfliger from The Soulmaniacs, the questions are: Where do I come from, where am I going as a human being? How do I find my way? Questions that Rislane also deals with as a musician.

In her self penned songs, Rislane sings of authentic personal experiences and encounters, fantasies and wishes. And, oh yes, "love, cotton candy, all the colours of the rainbow", she adds, laughing.

The music for the upcoming album "Newland" was created in close collaboration with Cyrill Camenzind and Massimo Buonanno of Lucky Tiger Records at the historic Powerplay Studios in Maur - a dream come true for Rislane. Exceeding that was writing with Patrick Wieland (Max Herre, Fanta 4) and Levin Deger.

"The music chose me, I'm addicted to it", says Rislane. Something that permeates every Rislane and The Lovers song. This music is love.

Love in. Love out.