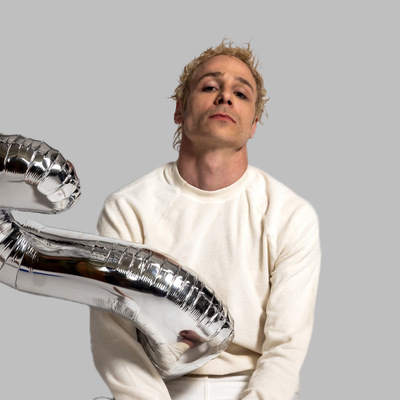 In February 2023, Sam Himself and his band set out on the first leg of the artist's European tour, with stops in Zurich, Berlin and Vienna (additional European and U.S. dates TBA).

Sam's debut LP "Power Ballads" (a “well-crafted set of atmospheric post-punk” – KEXP) broke Sam Himself onto the international stage in late 2021, and few would blame the artist for taking a quick nap on his laurels, among them his first national album chart entry, radio airplay across Europe and the U.S. (as recently as May 2022, KCRW declared one of Sam’s songs Today’s Top Tune) and two Swiss Music Award-nominations.

Wasting time, however, isn’t part of the repertoire of the songwriter, performer and multi-instrumentalist, whose prolific output speaks for itself: before the release of "Power Ballads," Sam’s “smokey baritone” ( – Under The Radar) was gaining buzz with "Slow Drugs" (2020). Sam was on tour in Europe when the pandemic pulled the plug on live music – and Sam’s planned return to New York City, his chosen home of the previous decade. The resulting solitude and sense of powerlessness inspired Sam Himself’s sardonically titled debut album, Power Ballads.

His new album "Never Let Me Go," by contrast, brims with hope and promise in the face of a reopening world where it’s once again possible to record and perform together in the same room.