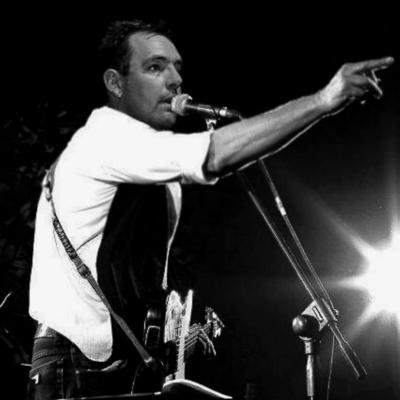 Rock, Ticino – Davide Buzzi (David Buzzi) (born 31 December 1968 in Aquarossa, Switzerland) is a Swiss singer-songwriter and a part of the Swiss Italian scene. In... Read Biography

Davide Buzzi (David Buzzi) (born 31 December 1968 in Aquarossa, Switzerland) is a Swiss singer-songwriter and a part of the Swiss Italian scene. In 1982 he worked as an actor in the film Nelo Risi. In 1989 he worked as a DJ at a private radio station and began his career as a singer, at first singing in some rock bands and then as singer and songwriter. In 1991 David was a finalist in a competition organized by Swiss Television TSI with the song “Lettera dal carcere,” which included as part of a CD compilation. In 1993 he produced his first CD “Da grande”. In 1994 The Swiss Television TSI produced a documentary about Romaneschi (a character who is in one of his songs) and he and this documentary were shown on 14 European channels for the European Magazine "Alice". In 1997 he won second place at the “Festival of Lissone” with his song “Vuross,” which also won a special prize for the best lyrics. In 1997 he received the international award "Targa Città di Milano". In 1998 he recorded his second CD “Il Diavolo Rosso: Romaneschi”. This time David worked with a variety of musicians, including the Finnish rock band, Leningrad Cowboys. The same year he won the “Festival of Lissone” with the song “Ul Veget di Mariunet” and received a special prize for the best lyrics and music. In July 1999 he went on tour in Sweden with the Swedish band “Mad Max”. In October 2000 he received the international award "Premio San Bonifacio" in Italy. In February 2002 in Sanremo he received the "Myrta Gabardi award" in the section Talenti e Voci internazionali (International Talents and e Voices). In 2004 in USA and Australia is solded a cd titled “Ed io correvo..”. It is a CD including old and new songs of the songwriter from Switzerland. The Cd and the song “Vuröss” is included in the KAM Compilation 2006 and entered in the playlist of different radio stations in Australia and in USA, where arrived near the first place. “Vuröss” had a big success in the website www.mp3.com.au, where entered in the top 100 more played and downloaded songs. In 2005, after some years spent in tournee in Europe (Davide has played in Sweden, Switzerland; Italy and ex Yugoslavia) was an art director in a benefit project “Together For a Smile”, a CD compilation where has played artists from all part of the World. The CD had been realized to help “Fondazione Elisa” of Locarno (Switzerland), a Foundation who helps children who have heavy diseases and their families. The song “Caruso Bar” signed with the Swedish songwriter Joe Hansson in the website www.mp3.com.au where arrived at the 10° place in the parade Pop/Rock, more played and downloaded songs. In 2006 arrives the CD “Perdo i pezzi”, where many international artists have worked.