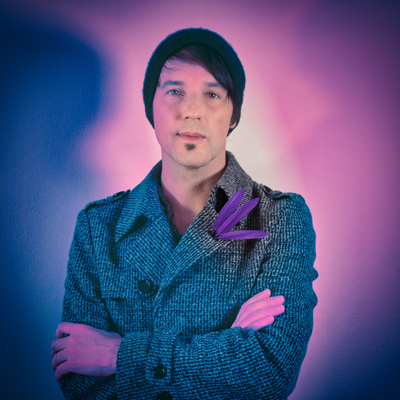 Indie Pop, Bern – The son of two music-loving parents, Mourah was born in the Portuguese capital of Lisbon, in the heat of summer. At the age of five he joined his... Read Biography

The son of two music-loving parents, Mourah was born in the Portuguese capital of Lisbon, in the heat of summer. At the age of five he joined his parents in Geneva, Switzerland, where they had emigrated two years earlier. Brought up on jazz and classical music, instruments, notes and melody, became a deeply influential part of his world from early childhood. At the age of ten he attended his first music classes at the conservatoire, where it was soon clear he would be one to follow autodidact path.
Thanks to his elder brother, he was introduced to artists who play an important role in his own influences such as Prince, Massive Attack, Portishead and Eurhythmics. In his teen years, he joined forces with schoolmates and formed a funk-oriented band named Anticlockwise. Two years later, with a driving desire to broaden his musical horizons, he moved to London for six months where he enjoyed many opportunities to jam with musicians from all over the world.
His debut album was released in Portugal (2005). From One Human Being to Another blends acoustic and electronic sounds, halfway between trip-hop and drum’n’bass with distant echoes of jazz and orchestral music. Speaking of this album he says, “this is not a one-hour journey, but rather eleven journeys of five minutes each”. These journeys tackle the issues of absence, melancholy, and love, mirroring the moments he went through when he lost both his father and brother within five years of each other.
The album was praised by critics and considered to be one of the best of the year. Composer, performer and multi-instrumentalist Mourah soon was solicited by a number of important national artists such as Pilar, Coldfinger and Dj Ferro. In 2006, the EP New Versions came out displaying songs of the first album remixed by Portuguese and Swiss producers. During this period, he toured Portugal, Switzerland, and Poland, where the song J.Butterfly became a big hit upon its use in a TV commercial.
Mourah has also collaborated with the Swiss theater company Andrayas founded by artist Markus Schmid, for whom he composed the music of two shows between 2008 and 2012.
Two singles came out in 2012 and 2013. Breakup 28 followed by Sublime are part of The Breakup Sessions EP that will be re-released this year. In April 2014, Sublime was nominated for best song at the IPMA (International Portuguese Music Awards). Mourah attended the ceremony that was held in New York. The much awaited album Kardia will be relased March 16th.