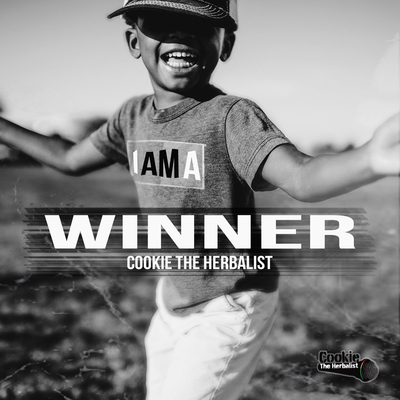 outernational, versat..., Bern – CHECK WWW.COOKIETHEHERBALIST.COM FOR NEWS Like many other reggae artists, Stefano Raschi a.k.a. Cookie The Herbalist made his first steps on... Read Biography

Like many other reggae artists, Stefano Raschi a.k.a. Cookie The Herbalist made his first steps on stage at a very young age.
He started singing in a church choir in Italy (his father is a former Italian Football player) when he was only six years old.

During 2000 and 2006 he used to tour althrough Switzerland with many different hip hop acts and with different Swiss soundsystems.
Cookie was to be heard on countless mixtapes and also featured many European hip hop acts on their albums.
Even a combination with the hyped UK-Mc’s of the London Zoo was recorded and found it’s way to English radio stations. But all that should only be the beginning.

In 2007 Cookie the Herbalist got signed to Gideon Production and summer 2007 was already a very promising start of that collaboration. As support act on Jah Mason’s tour he appeared at the Rototom Sunsplash in Italy (the biggest reggae festival in Europe) and at the Rumble Reggae Festival in Germany etc.

In January 2008 Cookie released the song ‘Don’t You Tell Me’ on Rootdown Records ‘I Love’-Riddim. This song made it to almost every Swiss radio station and was celebrated over months by the biggest Swiss internet radio DRS Virus. That was the start to Cookie’s still continuous presence in the Swiss radio playlists.
In Septemer 2008 Cookie The Herbalist’s first official EP ‘The Good Weed’ got released. It contains riddims of European reggae giants like the Ganglords or the House of Riddim Band.
Also to be heard on the EP, the tune ‘Cyaan Stop’. A combination of Cookie The Herbalist and Cali P. This song made it into Red Bull’s and Salomon’s freestyle-ski video ‘Everyday Is A Saturday’ and reached large international attention.

Early 2009 Cookie released two hot, new tracks for the Dancehall. One of them called ‘Who Dem’. A powerful tune which gained lots of rewards Europe’s Dancehalls.
Then, finally the already well known single ‘Don’t You Tell Me’ plus a nice Hip Hop flavoured bonus Track ‘Words’ got officially released by Gideon Production. Also a bit later the energetic tune ‘Stories Pon Stories’ found its way to the streets and parties. The tune made it to the Weedy G / African Beat – Bubbler Riddim – Selection.

After countless shows, an outstanding EP, three totally different single releases in just one year and many studio sessions, time finally came to release Cookie The Herbalist’s debut album ‘Like A Tree’ in 2010.
Its first single release ‘A Girl Like You’, a sweet lovers tune alongside the charming Jamaican singer Sophia Squire, announced the album and dropped like a bomb. Before the tune was even officially released it already got large airplay on Radio DRS 3, the biggest Swiss radio for urban such as mainstream music. In just a few days it turned to a summer hit and got played on almost every Swiss and European radio station.
‘Like A Tree’ kept Cookie touring all over Switzerland, Austria, Germany, Greece, Italy etc. over two years. This tour was a full success and more than 120 shows were played in these two years.

In 2012 Cookie was to be heard on many different riddim selections, such as Weedy G’s Roadster Riddim, (featuring artists like Beenie Man, Perfect Giddimani and many more), on Riddim Yard’s Chupacabra selection, on Blend Mishkin’s (biggest Mush UP – producer/DJ from Greece) Mama Proud – selection, such as on Gideon Productions Violet Riddim – selection where he surprised again with the song ‘Uckry A Gwaan’ alongside Jamaican fellow Fulklip Di Govanah.
Cookie’s 2012 Single ‘Someday’, and its very nice video clip made it into different radio and TV stations and were the ﬁrst signal for the new upcoming album.
Finally, late 2012 Cookie’s second album ‘Stand Tall’ got released. ‘Stand Tall’ is another step in the right direction and shows another step forward in Cookie’s career.
His songwriting, such as his lyrical and singing skills improved once more and with ‘Stand Tall’ Cookie presents his audience a very versatile album including tunes from Classic Roots and Lovers Rock to ‘up to the time’ – Dancehall including a little bit of Hip Hop inﬂuences as well. That all gives the album a very urban taste.
Riddims were produced by well known producers like Germanys hit producer Jr. Blender, Switzerlands Mush Up – star producer Max Rubadub, New Zealands Reality Chant Production, Austrias House of Riddim Band, and many more well known international producers.
The latest album also offers some big combinations with some of the greatest Jamaican Reggae stars ever, such as Sizzla Kalonji, Luciano, Prezident Brown and veteran legend U-Brown. The video for the title track ‘Stand Tall’ feat. Prezident Brown was shot in the beautiful hills of Ocho Rios, showing the mystic and natural beauty of Jamaica. ‘Stand Tall’ is another outstanding album out of little Switzerland but with a huge international flavor and potential.
The album ‘Stand Tall’ was accompanied by a very nice and special release tour in Switzerland’s most important clubs and locations. Once more Cookie impressed his audience with his unconparable entartainment talent, energy and voice.

In 2013 The Herbalist still toured all over Switzerland and presented his audience a variety of new songs that he recorded for different producers. Combinations were recorded and are to be heard on various international releases. ‘Herbstalk’ a combination with Jack Radic’s son Rivah Jordan was recorded and even a nice video for it was shot in Switzerland. End of 2013 Cookie spent a couple weeks in Catford/London and visited his friends Rivah Jordan and Matthew Radics. Besides voicing dubplates, helding interviews on radios like VRL and more, Cookie recorded some tunes for Jordan and Matthew’s label ‘SoundKillaz’. A video clip to the song ‘A likkle Space in Time’ was shot in London city and featured on Swiss TV stations like Joiz TV and SF2.

End of 2013 Cookie felt like he needed a little break from cold Europe. Once more he flew to Jamaica to relax his mind and get some new inspiration.
In February 2014, still in Jamaica, he spent some weeks at Inspired Production Studios in Kingston. There some new, hot and blazing songs were created by Cookie and Anil ‘Phantom’ Montaque. One of these called ‘I Wish’ got released in August 2014 accompanied by a nice music video, shot in Downtown Kingston. The video got some good response and bigger attention by the crowd and was played on different Swiss TV stations. ‘I Wish’ was also featured in Europes biggest Reggae magazine RIDDIM, which gave the song good publicity all over Europe.
Cookie also spent some weeks at Jah Masons yard ‘River Nile’. There, Cookie voiced many dubplates for local Jamaican soundsystems and planned some new works with his artist friend. Back in Kingston Cookie was invited for interviews at almost all top Jamaican radio stations such as Hitz92 FM, Fame Fm, Suncity Radio etc. He also got some nice reviews and interviews in Jamaican newspapers like the ‘Jamaican Observer’ and the ‘Jamaican Star’. Even his video clips to ‘Inna Mi Car’ and ‘Stand Tall’ were played on Jamaican TV stations like CVM Plus and got some very positive feedbacks. In Prezident Brown’s new video clip to the song ‘Boy Baby’ , Cookie is to be seen in one of the main roles.
This visit to Jamaica gave the artist some new energy and much inspiration. Back in Switzerland he performed over 30 explosive band- and sound shows such as some very surprising and refreshing acoustic shows. In addition, a little tour with his fellows Baba The Fayastudent and Redwan Fayawan, appearing as the Gideon Allstars was successfully held.
By the end of 2014 Cookie voiced many new songs on riddims by Boomrush, Edelholz Music, Inspired, WeedyG and more.
In December 2014 Cookie travelled to Jamaica again, where, besides visiting some friends and writing new songs, he also recorded a not yet released combination with legendary Lee ‘Scratch’ Perry.

By March 2015 various songs like ‘Promises’ and ‘Squeeze You Tight’ got released by Weedy G in collaboration with VP Records. The song ‘Cool And Peaceful Vibes’ on French label Head Creator Music, reached some larger attention in the European Roots Reggae scene due to his cultural rasta lyrics. Many more songs will be available in the coming months. Cookie is now planning the work for his next album and is still to be seen and heard on stage on a regular basis.
Cookie The Herbalist’s unstoppable will to deliver good music with message and full of vibes and to kindle a pure ﬁrework when he works stage are very unique and spectacular. So, like we told you some time ago, the Swiss singjay can’t be stopped and is now on his way to conquer the globe with his music!