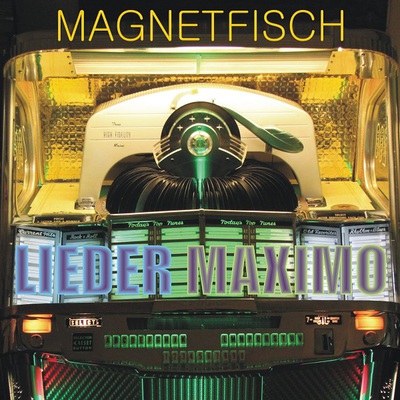 wave, post-rock, atmo..., Bern – Wayne Fetherbay, Music Places If you were a composer living high in the alps in Switzerland, its not surprising that your music would be... Read Biography

If you were a composer living high in the alps in Switzerland, its not surprising that your music would be ethereal. The music of this elevated group of musicians from Berne certainly could be called heavenly.
-----------------------
Didier Becu, The original Sin

Magnetfisch are making electronic music, but not your usual electronic music as the central point of this Swiss band is creating moods and they do it with the most effective thing there is, using guitar lines from cold wave....so yes, if you are wondering how "Seventeen Seconds" by The Cure would have sounded if Robert and Co. had decided to make it an electronic piece of art it would have sounded a bit like magnetfisch!!! Honestly said I really was moved by it especially as in some ways it comes very close to what Vini Reilly did with The Durutti Column. Maybe it's a bit typical for Swiss alternative artists that they keep on hanging on that cold wave sound from the eighties but for me this is just a bonus.... Magnetfisch have made a brilliant electroadventure...

Magnetfisch already exist since 1998, and from a duo, which originally played instrumental music with roots in the 80ies New Wave, they became an outright band after two beautiful albums. Still, they let their roots shine through and do not deny them at all. [...] songs with catchy tunes that will find lots of fans amongst aficionados of good old New Wave. Although the music is electronic in its structure, I personally rather see the incisive guitar sounds, which remind me of giants like The Durutti Column, And Also The Trees and The Cure. [...]. Unfortunately, such melodic, unobtrusive New Wave is much too rare nowadays.

A few bands succeed in developing themselves and truly taking a step forward. For most, development stops here: experience has been gained, but without real progress. Magnetfisch [...] are a noticeable exception. In the past they proved expressively that they were able to compose moving, calm and melodious instrumental arrangements. The original duo made of Timothée Barrelet (keyboards, programming) and Patrick Scherrer (guitar) was rejoined by bass player Rolf Althaus [...]. In the wide worlds between synth pop and new wave, Magnetfisch have sort of created an own segment by combining guitars and synthesizers in their own way. The lead track, “botox”, is simultaneously buoyant and harmonious [...]. In my opinion, “poisonous trace” is the best song of the single, pricking one’s ears with its melodies and by the singing. The change of speed towards the end is impressive, [...]. "Footloose and Steady" is by no means inferior to its predecessor, with the awe-inspiring bass playing by Rolf Althaus coming to the fore.