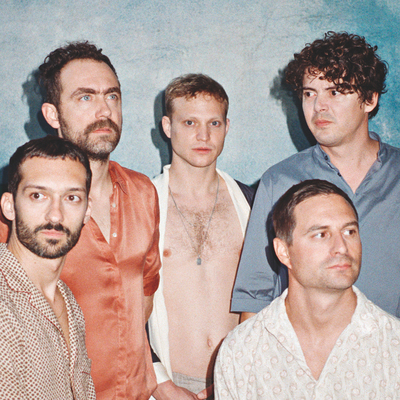 «I'm impressed!» BORIS BLANK, YELLO
«A unique sound that levitates between melancholy and euphoria.» TONSPION
«Tim Freitags soothing vocals got me all excited.» IT'S ALL INDIE
«The coolest rock band of Zurich!» KAUFLEUTEN
«Tim Freitag is playing themselves note-by-note into the hearts of music fans.» SRF 3
«Tim Freitag is a fresh young band aiming for the heights. » NEGATIVE WHITE

Although still in the springtime of their budding careers, Tim Freitag’s tunes channel a more somber autumnal spirit: withering, fading relationships, torn, shattered hearts, dark, ominous clouds on the horizon.
But, if based on this statement people are tempted to imagine a band of grizzled, grey-bearded grandpa artists past their prime, well, then they’ve got another thing coming from these Zürich Boys! Songs like «Another Heart Has Lost Its Place», «Bruises», or «Hold On» start off soothing, smooth, deceptively slow only to thus give more impact to the looming guitar-string storm of thunder coming later on. In contrast, «By Your Side» doesn’t simper around too long with gentle foreplay but goes right to the sweet-spot with pelvis-swinging pulsating action, through danceable guitar riffs, unashamedly clasping hands with modern Indie Rock. The emotion-gravid, passion-pregnant «Tip Toe» is, as a counterpoint, pure and perfect Alternative Pop.

This is the quintessence of the tracks of this all-male quintet who, gig after gig after gig, have been performing and achieving what many Swiss bands have failed to, or only rarely, do: entertain and enchant an unknown audience over the course of an entire show. The secret of this magic lies in equal doses, on the one hand, with the cool, charismatic, easy-on-the-eye, yet eccentric front man, Janick Pfenninger, and, on the other, with the impressive quantities of artistic sweat that Tim Freitag pour out onto audiences during their stage performances.

This highly potent aphrodisiac witnesses to the band’s honest commitment to and intense love of music and whisks away from the very onset any remaining wisps of bad mood or false inhibition right out of the club – or from every centimeter of the music festival grounds. With already more than 100 live concerts to the Five Zürich Boys’ credit, they have performed gigs at such in-scene music epicenters as Gonzo or the Rote Fabrik; prestigious locales such as Kaufleuten; but, also, on the grand world-famous stages of the Blue Balls Festival, Zermatt Unplugged, the Gurtenfestival, Stars in Town or Moon & Stars.

Even though their music contains an after-note of Autumn, Tim Freitag’s Pop’n’Roll is perfectly suitable as the full-blast background soundtrack for the other three seasons as well, twenty-four hours a day, all the days of the week – not just for their namesake Thank God It’s “Freitag”!!! Their tunes can be played – oh, why not? – should be and are just right to be played at maximum volume every minute, of every hour, of every day, of every week, year-in year-out…and that they are: the in-total more than 1.3 million plays on Spotify didn’t happen at just one particular point in time, on one given weekday, but attest to the daily addiction that Tim Freitag’s sound conjures forth.

Registered since over 8 years
Last login on 13 March 2020