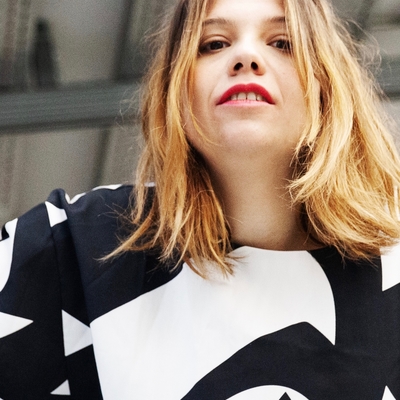 Breathtaking intimacy, political awareness and music which is just as elaborate and dense as intuitive. The Zurich based musician GINA ÉTÉ combines what many would not even dare to imagine: Skillful pop music and strong statements.

Since the release of her EP „Oak Tree“ (2019) international media have mentioned her aside Sophie Hunger and Björk. Yet the comparison is redundant and cannot reflect the uniqueness of GINA ÉTÉ’s Hybrid Pop; The formed violist – also playing piano and synths - sings in German, French, Swiss German and English, performs alone and with her band, uses acoustic as well as electronic elements and arranges her songs at times complex and jazzy, at times simple and minimalist. But moreover, she never fails to take one by surprise with the emotional force of her music.
Is it her voice? At times raw, at times supple, but always powerful, she sings „I wish you would not exist – I’d be far better off“. She wrote the song Mauern after Trump’s election in 2016, the video filmed at the northern border of Mexico is shocking.
„The word politics has a bad reputation, I immediately think of elderly men in neat suits, changing our lives for the worse“ she explains. „Nevertheless I believe that our entire workaday life, both everything we do and everything we omit, is political.“ Just as naturally you will find hashtags such as #evacuatenow, #climatestrike and #feminism in her Insta bio just next to #songwriter, #arranger, or #viola.
After she started learning Arabic and volunteered on the Greek Island Lesvos in a Community Center, she wrote the first single of her now upcoming Album: Trauma is asking about the forgotten memories of a young Syrian, the video clip showing the fatal consequences of Europe’s failure to provide safe escape routes. „It sounds so involved, but I mostly just feel paralized. Music is my way out. But I don’t want to write songs to clear my bad conscience; or in any case, it does not wash out.“

The fear of whitewashing is superfluous: Her Debut Album „Erased By Thought“ contains 12 songs, each and every one opening up it’s autonomous, dazzling universe, conveying 12 impulses to think. Recorded fully analog by John Vanderslice (Death Cab for Cutie, St. Vincent, Dear Reader) in San Francisco’s Tiny Telephone studios, the Debut Album will appear on Motor Music by the end of May 2021.
And there you will hear it, GINA ÉTÉ’s unusual combination of personal and political into Hybrid Pop. Searching, stirring, intriguing. Music for our time.
- Ariana Zustra, Journalistin und Musikerin

Registered since over 7 years
Last login on 15 January 2023